Diabetes is a common condition in which the body is unable to properly regulate the amount of glucose (sugar) in the blood.

Glucose is released following the digestion of starchy foods including bread, cereals, rice, potatoes and pasta, and also from sugary foods and drinks. Like coeliac disease, diabetes is a life-long condition with the focus of treatment being to control symptoms.

There are two main types of diabetes:

Type 1 diabetes develops when the body is unable to produce any insulin, the hormone that regulates the level of glucose in the blood. This type of diabetes usually appears in people under the age of 40, often in childhood. It is treated with insulin, either by injection or pump and a healthy diet. Regular physical activity is also recommended.

Type 2 diabetes develops when the body is still able to produce some insulin, although not enough to meet its needs, and/or when the insulin produced does not work properly.

People with type 2 diabetes have no greater risk than the general population of developing coeliac disease.

What can I eat if I have coeliac disease and diabetes?

The main changes you’ll need to make to your diet is to switch to gluten free bread, flour, pasta, biscuits and crackers. Glutafin offers a full range of these foods. Starchy foods help provide energy, vitamins, fibre, minerals and to help control blood glucose. Wherever possible choose wholegrain alternatives, such as brown rice, brown or fibre gluten free bread. This is because a gluten free diet usually lacks in fibre. 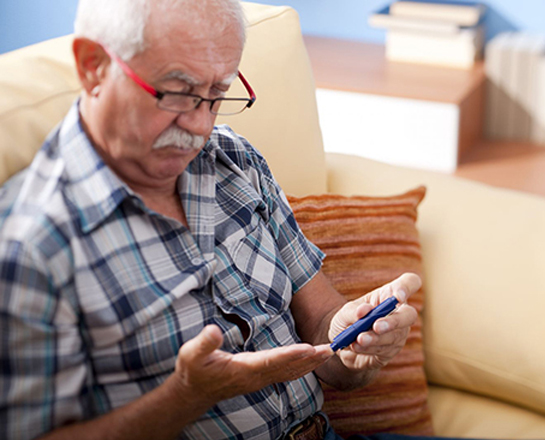