The Ups and Downs of Coeliac Disease

Well, my diagnosis story really does start with “Ups and Downs”.

It begins with me visiting a friend on a lovely sunny afternoon, all good so far, but then…….I spotted his grandson’s hoverboard lying innocently in the corner of the room. You know, the things with two wheels with a little platform between them that you see children and young adults standing on, making it all look so, so easy to ride along on. Yeah, right!

Well, being a fairly competent skateboarder (albeit thirty five years ago) I’d always fancied a go on one of these hoverboard things. Surely at fifty-three years of age, I still had all my old skills and sense of balance right? It’d be just like riding a bike…..once learned never forgotten.

On asking if I could have a go on it my friend replied, “Yeah sure, take it outside onto the path”. So I did.

He turned it on for me. I put one foot carefully onto the board and gently began to lift my other foot up to show off my old skills. Well….. I don’t think my other foot ever got as far as making contact with the board. I flew into the air sort of half spinning as I fell hitting the concrete with a resounding thump but also a very unnerving crack!!! I looked at the bit that hurt the most to discover my hand bent back at a most unnatural angle which certainly wouldn’t be possible normally. Arrrgh, I’d definitely broken my wrist; in FIVE places as it later turned out after several x-rays.

I very much admire our NHS workers and appreciate everything that they do for us. So, I was so pleased that I was able to give them so much amusement as I recited the cause of my accident to each and every one of the nurses/doctors that were called into the emergency room to see me. Some of them really do have a weird sense of humour you know.

Anyway, I bet you’re wondering what this has to do with being diagnosed with coeliac disease? Well…. My GP wondered why my bones broke so easily after my mighty fall from a height of at least (meaning at the most) four whole inches. He sent me for a bone density test where I was diagnosed with osteopenia which is the first step on the way to osteoporosis. He then decided to test me for coeliac disease and the results came back positive. That was a bit of a surprise as I had been asymptomatic (apart from maybe being a bit…..let’s say “fluffy” on occasions). 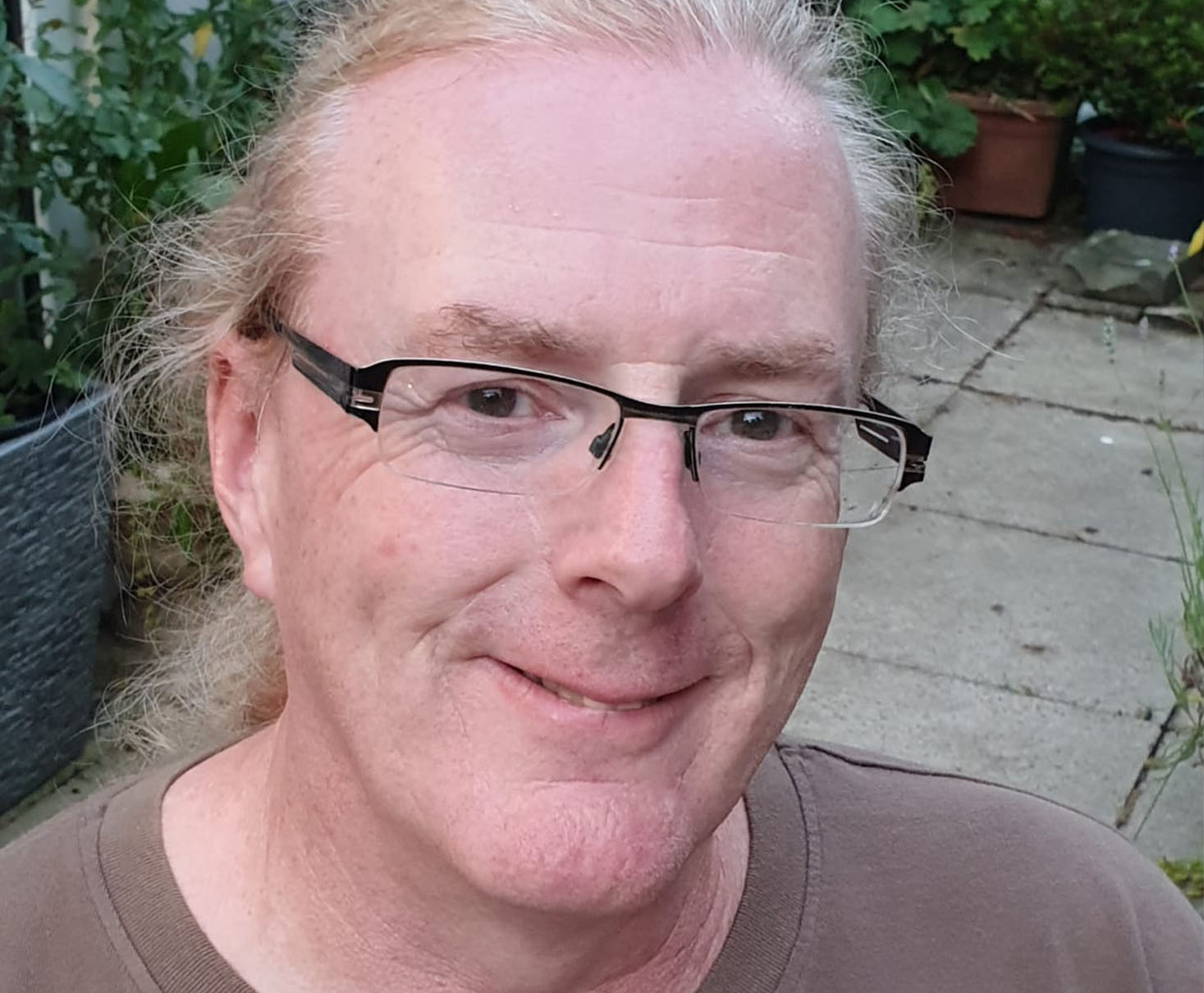 It probably took about six months from the fateful day until being diagnosed with coeliac disease. In hindsight, I was probably very lucky that day because being asymptomatic goodness knows when or even if I would have been diagnosed with coeliac disease otherwise. At least in knowing I have been able to get to grips with trying to get my body to absorb vitamins, minerals, and nutrients correctly before further deterioration occurred.

Phil’s biggest challenges in adjusting to a gluten free diet…

The most challenging thing about living a gluten-free lifestyle for me was that I already had an extremely limited diet. I was a “fussy eater” since first eating solids as a baby so my late mother had told me. I’ve struggled all my life to try any new foods. I can’t cope with the smell, look, or texture of most foods without wretching. Anyway, that’s a whole other story. So replacing my limited foods with gluten-free versions has been my biggest challenge but has been do-able.

Dining out and even abroad has been ok too with more and more places adapting their menus to be able to cater to our needs.

My top three tips for someone who has just been diagnosed with coeliac disease would be:

Ps. Coeliac disease either IS or CAN BE genetic so it may be worth getting your sons and daughters tested if you have any. Or at least keep a close eye out for any symptoms they may develop. My little girl was tested about a year after my diagnosis and thankfully the result came back negative. That’s not to say that she won’t develop coeliac disease later on in life though but at least she will know to look out for the symptoms.