I first learnt about coeliac disease when my sister-in-law Lori was diagnosed in the mid-1980s. She was so malnourished from the disease that she came close to death. So her diagnosis was actually great news! We finally knew why she was so unwell. At that time, gluten free foods were rare, yet she embraced her new diet with enthusiasm because it made such a clear difference to her health.

We eventually learnt that her diagnosis meant that my husband had a higher-than-normal likelihood of eventually developing the disease, but at that time it was not normal practice to test first degree relatives.

Fast forward about 25 years. After suffering with daily diarrhoea for most of his life, my father had been told he had simply had an “overactive colon.” But finally, when he was in his early 70s, he was diagnosed with Coeliac disease. Now both my husband and I knew we had first degree relatives with the diagnosis.

Shortly after my dad’s diagnosis, I volunteered at the High Wycombe office of Coeliac UK, where I was asked to gather news stories into notebooks. In this process, I saw that an over-the-counter finger-prick blood test was available from pharmacies.

A short time later, my husband and I began to wonder whether our son was showing symptoms of coeliac disease, and my husband himself wondered whether his digestive system was going through some changes. So I bought two of the blood test kits, and we were all surprised to see a negative result for our son but a positive result for my husband! After a biopsy to confirm coeliac disease, he started the gluten-free diet straight away. Thankfully, 25 years of watching his sister cope well with the diet made it so much easier for us to get our heads around it.

Jeleta realises she could have coeliac disease!

Only a few months later, I began to notice that I was having loose stools on a regular basis. At first, I paid no attention. But my husband had said his early symptoms of coeliac disease had been similar. So I bought another test kit. This time, I took the blood test along with my niece, Lori’s daughter. She had been having quite severe symptoms. We went out to a Sunday brunch together, enjoying pancakes, rolls, and other gluten-filled delicacies — after all, it might be our last chance! Then we took the blood test and were surprised to find that I had a positive result and she a negative one. My husband, in a blurt of honesty, said, “Life just got easier for me!” That was in 2010.

More family members diagnosed…but not everyone

In the ensuing years, our niece has been diagnosed with coeliac disease, and so have two of her three children. Her brother also has coeliac disease.

Our sons, ages 25 and 29, have been tested but (for now!) do not have coeliac disease. We wonder what the odds are that eventually they will be? But at least they know what symptoms to watch for, like we did! And they know that coping with the diet will be much easier today for them than it was for their Aunt Lori in the 1980s!

What did Jeleta find most challenging about adjusting to a gluten free diet?

As I said, it was so much easier for me because of my sister-in-law’s positive attitude! And the fact that hubby and I were on the same page. And because I like to cook, it was just another cooking challenge.

Before the advent of the Coeliac UK restaurant qualification scheme, it was very hard to trust that we would be served with a safe meal. 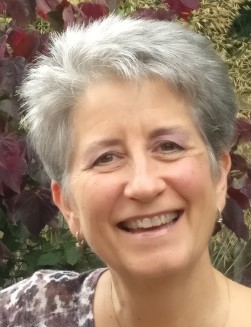 What are your top 3 tips or recipes for someone who has just been diagnosed?

1. Keep a positive attitude. It’s not sooo bad. And there are so many gluten free foods available to you!

2. Find a Coeliac UK support group to give you tips.

3. Realise that your health is in your own control. You can make yourself feel better simply by taking care of what you eat.