A lack of energy, stomach cramps and diarrhoea were Jake’s main symptoms

My son Jake started his Coeliac journey back in 2017. We had noticed how lethargic he was becoming with no energy to run and play with his friends.

Jake had little to no stamina and had started getting stomach cramps a lot along with frequent diarrhoea. His eyes were becoming dark and sunken and he just wasn’t himself.

I took him to see our GP who ordered some blood tests. They said Coeliac Disease was one of the things they were going to test for along with others including a full blood count.

The first blood result came back around a week later, showing that his iron levels were on the low side and that the test for Coeliac disease showed a higher reading than normal but not high enough for conclusive diagnosis.

He was referred to Addenbrookes Hospital for a repeat blood test under the paediatricians. Again, this came back high, but still not high enough to diagnose it fully. Even though the doctor said his levels were so close to the level expected of Coeliac disease, Jake wouldn’t get a formal diagnosis unless he had an endoscopy. This was important because you need this in order to claim the prescription items.

The long wait for an endoscopy

It was a 3 month wait for his endoscopy, during which time, Jake kept on his usual diet. Going gluten free at this time would not have helped with his official diagnosis and we didn’t want to put him through the stress of more blood tests and perhaps another endoscopy at the age of 7.

The Endoscopy took place in October 2017. Jake was so scared of needles and hospitals by this point as his first blood test had been taken without numbing cream (which we were not aware he should have been given). He was sick and fainted afterwards. However, he got through the endoscopy really well.

3 days later, I had a phone call from the consultant saying Jake definitely had Coeliac Disease. Jake was desperately upset by this, even with us preparing him for this result and discussing what it would mean. He had just turned 8 and this was a big thing! 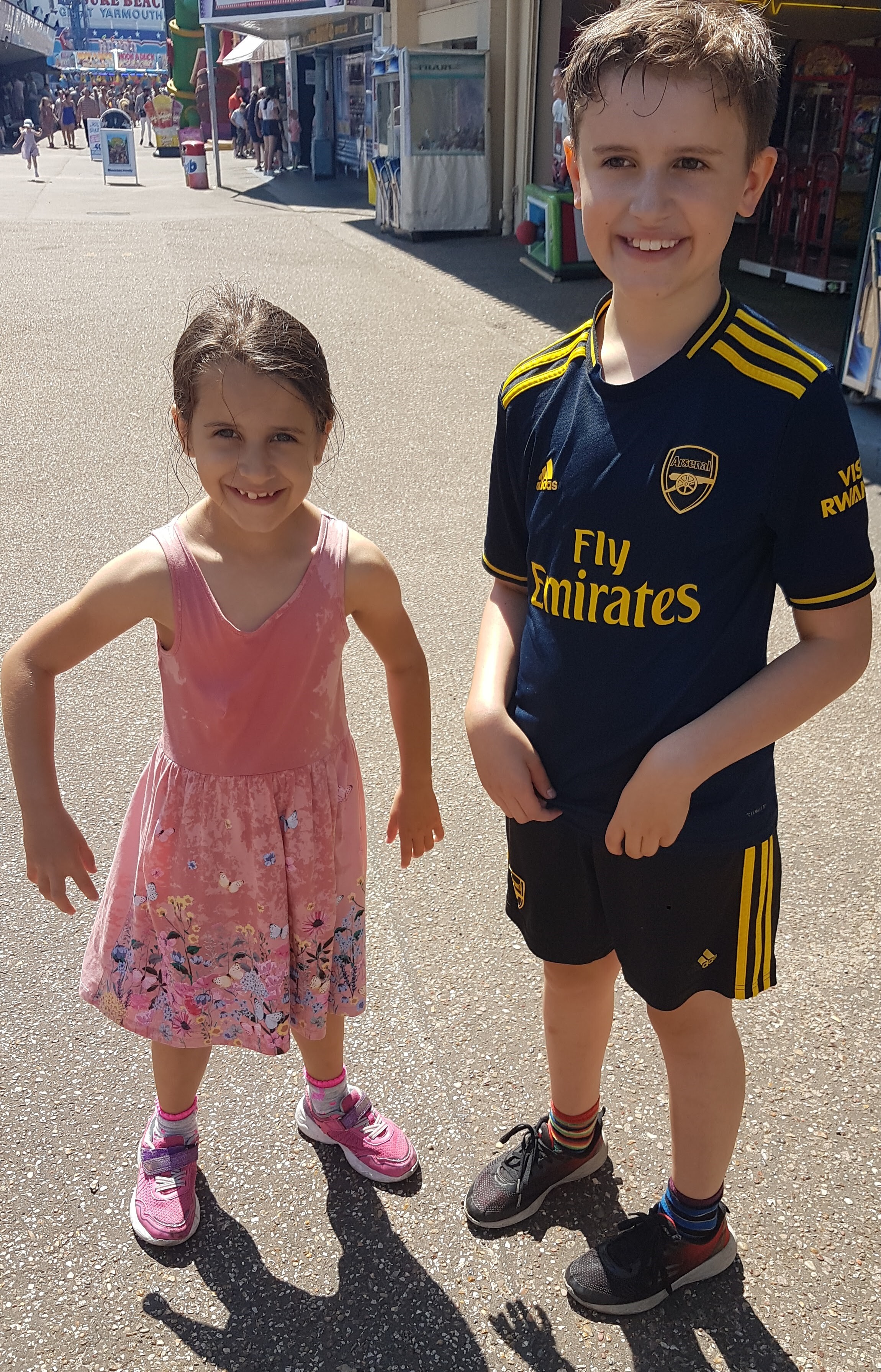 Adjusting to the gluten free diet had its challenges

We initially went straight to the Free From aisles in supermarkets as we were so oblivious to anything suitable. This was expensive and some of the items were also very high in sugar. We gradually started trying our own baking. This was very trial and error. I just assumed it was going to be exactly the same as baking with normal flour. But with the addition of Xanthan gum, and researching special recipes we got going well and then there was no stopping us!

He has packed lunch at school as there was not enough variety for him to eat – it was only jacket potatoes plus a few mishaps where his meal wasn’t prepared at lunch time for him. So this way I know he is getting fully gluten free, safe food.

I would definitely say that Jake has thrived on the gluten free diet. He has put on weight and doesn’t look withdrawn anymore. He still has issues with his energy levels but he definitely feels better in himself. He also has his own cupboard in the kitchen, toaster and oven trays. We label everything that is only to be used by Jake such as jam and butter in the fridge.

1. Try new things – I didn’t eat a big variety of foods before my Coeliac disease but now I eat steak, broccoli, jacket potatoes, barbecue chicken, rice and cheesecakes!
2. Research recipes you liked before – there are so many good bloggers and websites that show how to make all your favourites gluten free!
3. Don’t be afraid to go out to eat! Always make it known to the place you are eating in that you have Coeliac Disease. Many will be really happy to help, and if they are not, don’t risk it! Research before you go though to avoid disappointment.