Me, twins and Coeliac

My journey to being diagnosed was long and confusing.

About me… I loved food. I could eat everything and anything and loved cooking and baking. I was rarely ill with what you would call the “usual” stomach related symptoms.

The twins arrived…as did Anne’s symptoms

In 2012 I had 2 healthy twin girls. They were small but perfect, however, the pregnancy and birth took a toll on me. I was anaemic all through pregnancy which is common. After a difficult birth, my iron levels were very low, again not uncommon. You may wonder why am I boring you with this but all will become clear.

I spent the first year of parenthood in a daze, lack of sleep, no time to eat, feeding twins left me exhausted all the time. I had severe baby brain where I seemed to walk around in a fog. Again all of this is normal for new mums, especially with twins. When we reached the mile stone of their first birthday we celebrated both for them and that we had survived a year of twins. However it dawned on me, that is how I felt I was just surviving! I was so tired and “the fog” as it became known in our house was getting worse, not better. I would walk into a shop and stand staring at shelves not knowing why I was there and leave crying feeling like a crazy person. I had been under the GP for ages for my iron levels which were not improving but they just assured me I needed to take the tablets and rest and eat better. (All very difficult when you have twins and go back to work.) 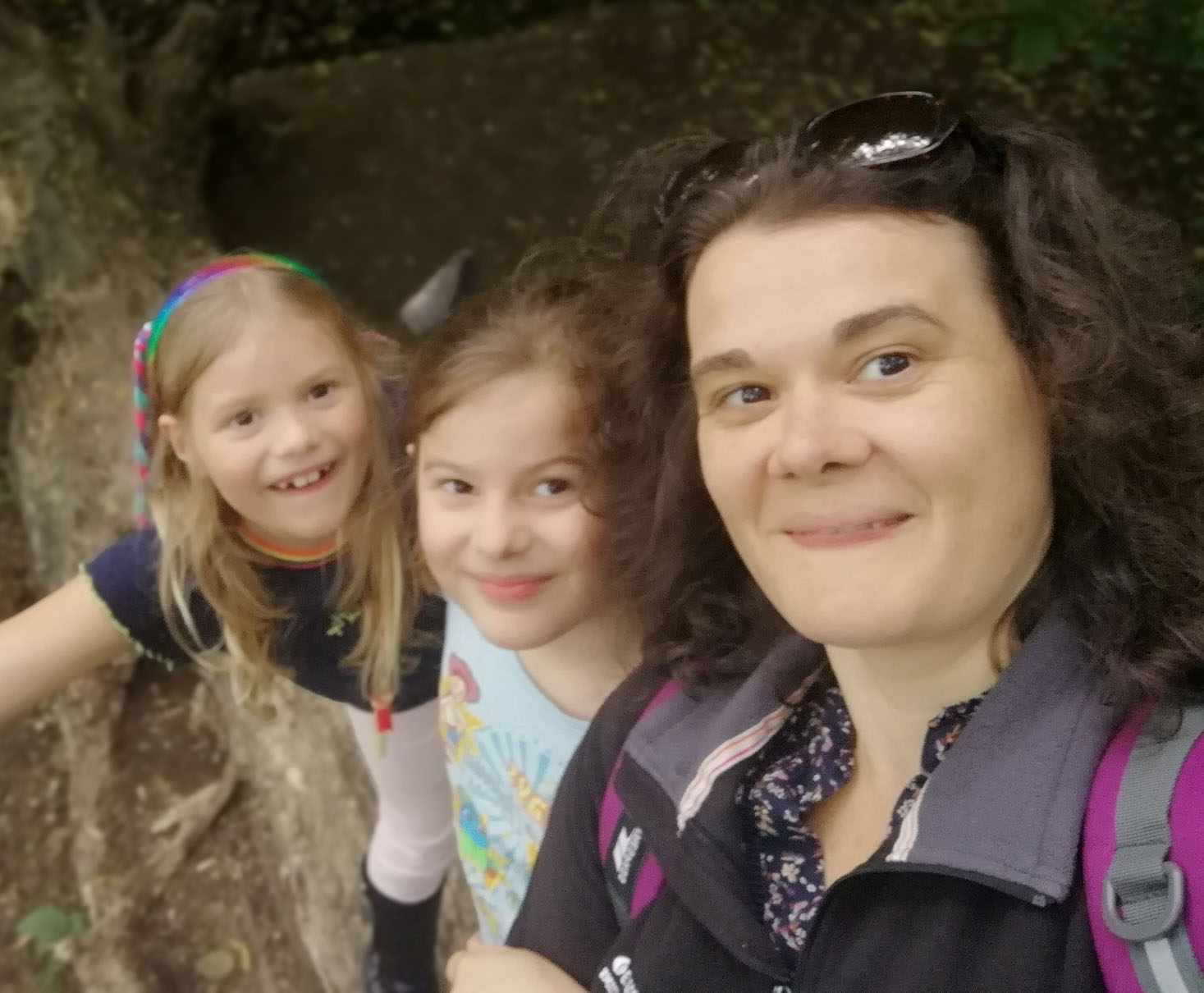 So just after their first birthday I went to my GP and sat and wept telling them I thought there was something seriously wrong with me. I was so tired, the fog made me feel mad, it was affecting my life I was purely surviving. He sat and patted my hand and assured me it was normal I had been through trauma with the birth and had to recover but with the stresses of life it will take longer.
So this continued for another 6 months periodic visits to the GP when I couldn’t cope with the tiredness or fog. Again always blood tests that reveal nothing but vitamin D levels and iron levels low.

The girls are two, and Anne is still suffering

By the girl’s 2nd birthday I was still struggling with constant tiredness and the fog, but I had also started getting tingling in my legs and arms. The GP ran more tests I begged him to test me for everything as I knew something wasn’t right. He said he would run tests for everything he gave me a list of thyroid tests, and all sorts of things I couldn’t even pronounce let alone spell. I felt finally I would find out what was wrong and I was fully expecting the worse I felt like I was dying.

I went back 2 weeks later for my results I walked in to find a locum who patiently sat and listened to my woes and looked at my results and explained there was nothing except iron and vitamin D. But then he stopped and said you have been anemic for nearly 3 years with no change that’s not right. He scrolled all through my notes and said there are tests they haven’t run so I’ll send you for those. At this point, I didn’t even want to know what they were for.

2 weeks later I go back and find another locum who reads my notes and says yes iron levels and vitamin levels are low, I just nodded feeling like giving up.

Then she turned to me and said how are you coping with the Coeliac disease?

It was like the sky opened up with trumpets and angels singing.

She explained that blood tests showed coeliac and it meant I would need to follow a strict diet and would need a biopsy to confirm. I was elated I told my husband and parents who were all very concerned about me but I was so happy that I had an answer.

I had my biopsy and was diagnosed with coeliac and told to stop eating Gluten. I found the conversion easy as after 2 weeks I felt amazing the fog had lifted the tiredness was so much improved. I had my life back, I could live and not just survive. There were moments of course I missed certain foods but for me if I just remembered how bad I felt it was easy to move on.

I still enjoy food, cooking, and baking, yes there was an adjustment but I found this exciting a new challenge to make my old favourites into new dishes I could still eat. I still bake with and without the kids and actually find baking with kids gluten free gives better results. Kids like to mix and this can produce cakes like rocks, whereas GF cakes can’t be over mixed I find. 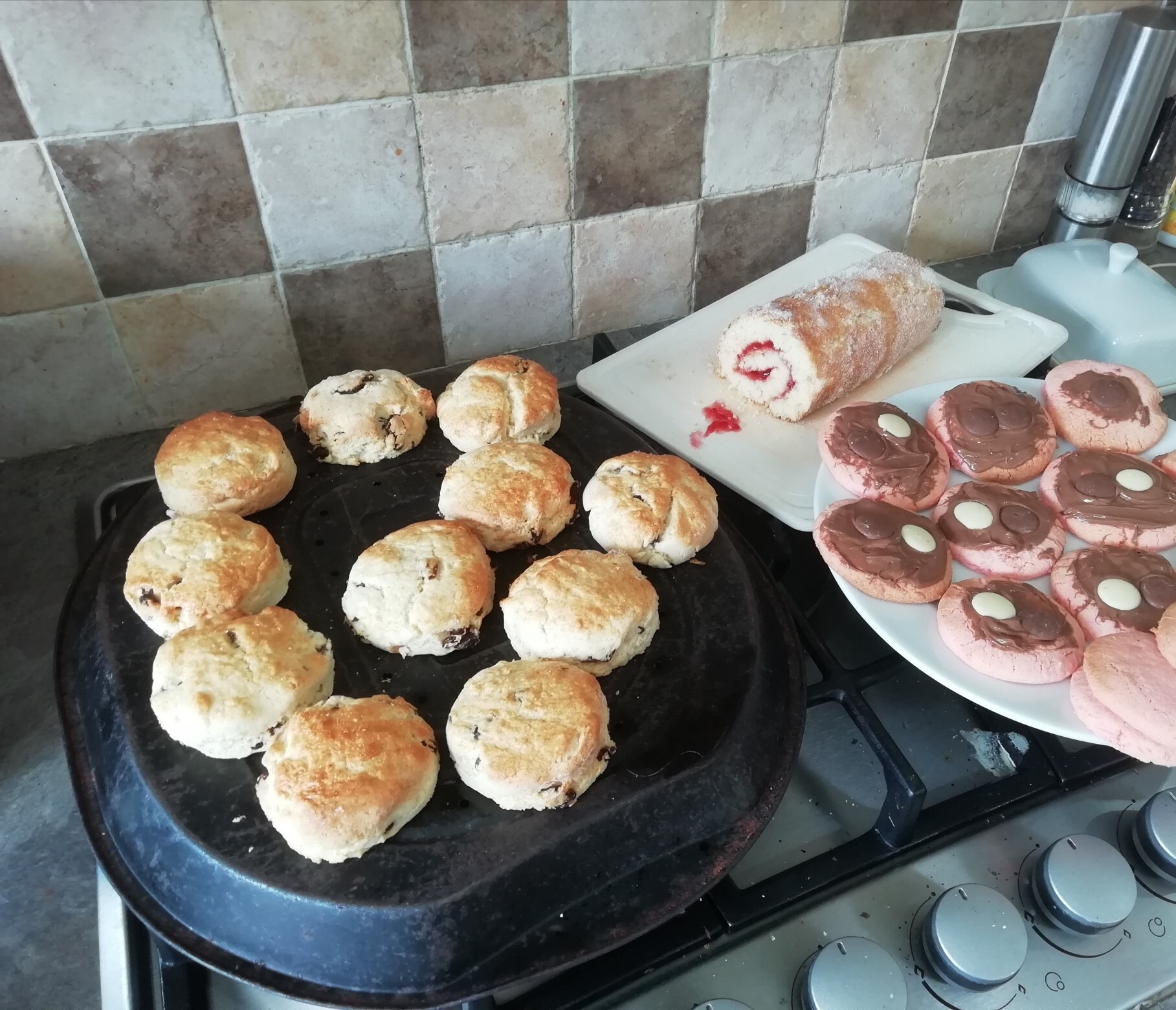 What did I find most challenging?

For me it was eating out, most places are great and have clear options on the menus. I hated being “the special one” the “fussy one” the person that the waiter rolled their eyes at because you were difficult. However, I soon got used to it and learned what was safe and what was not on menus. I grew more confident at asking for advice or GF options. You learn where to go for the best options and service.

Travel is something else I found a bit difficult. Not knowing if I would be able to find options to eat where I was going was stressful. Motorway service stations (or stations of death as they became known to me) are awful for gluten free options, generally they offer fast food which is usually a no-no. My method to overcome this is to always carry gluten free staples with me. Gluten free biscuits, pretzels etc. things to get you through if you can’t find anything. I always take crackers on holiday in case I can’t find gluten free bread where I’m going.

My 3 top tips for the new coeliac

1. Don’t think of it as the end of your normal life. See it as a new start, find new favourites, new ways of cooking and baking. It’s a new adventure with the added bonus you will feel better.

2. Always carry gluten free snacks on journeys and holidays. (I once became the favourite person at a wedding as I had a handbag full of snacks)

3. Keep trying new gluten free items you see, they bring out new and improved things all the time, keep trying new things you will find your new favourites.